I Have A Theory on Vitamins

I Have A Theory on Vitamins.

Vitamins, A to Z, do we need them?

Cellulose is an insoluble substance that is the main constituent of plant cell walls and of vegetable fibers such as cotton. It is a polysaccharide consisting of chains of glucose  (Sugar) monomers.

​What does all this have to do with Vitamins, and our obsession with all the many combinations of Supplements we buy.  I will get to that, but first we need some Background Information.

Humans as a species are unable to digest cellulose because the appropriate enzymes to breakdown the beta acetal linkages are lacking.  These enzymes are not part of our, human digestion systems and therefore require taking these enzymes as a supplement, purchased from most Health Food Stores.

Because we Cannot digest cellulose without this enzyme, it must ferment in our gut, leading to gas, (methane), and discomfort like  bloating and IBS.  There are also plenty of studies that show that this fiber will not and does not slow the release of insulin, and in some cases the spike is even more severe, but that is for a different Article.

In 1912, Casimir Funk originally coined the term "vitamine". The major period of discovery began in the early nineteenth century and ended at the mid-twentieth century.  Before this, Vitamins were obtained solely through food intake, and changes in diet (which, for example, could occur during a particular growing season) usually greatly altered the types, and amounts of vitamins ingested.

As you can see, Vitamins were obtained solely through food intake, and that was primarily Plant Based foods.

Most Vitamins that we are told to take Daily, are from Plants as well, and as stated above, we cannot break down the cellulose, so how do we get our vitamins?

Let's leave that to Pharmaceutical Companies to answer, because they are more than willing to extract those vitamins from plants just for you and me.  Don't that just make you feel all warm and fuzzy?

So how did we get here?  We do not need to go back as far as 5,000 years, but that is where it all started.  As populations grew, it became more advantageous to feed the masses Grains, than to feed them the animal's.

Meat became less abundant, and was reserved for the Rulers, and Priests, one in the same back then.  Eating a Plant Based Diet, became almost Righteous and God Like, a myth perpetuated by the Kings and Priests most likely.

Everyone was a Vegetarian, and that became the "Right Thing To Do", but unnatural as far as Healthy Eating went.  But Health be Damned, it was economical for the Ruling Class, and most likely why Marie-Antoinette said “Let them eat cake!”.

As we crawled through history and into the present, we became aware of the declining Health of our population, the rise in obesity, Adult, and Childhood Diabetes, Alzheimer's, and so many other diseases that afflict everyone. How can that be, we eat a Godly Diet of Plants?

There were no side dishes or accompaniments in today's sense, although bread was consumed by all classes following the introduction of wheat. Thereafter only the poorest, with no access to an oven,

So once again we turn to the Priesthood, and our Rulers for answers, guidance, and counsel and once again, they lead the way. The Priesthood of Science, based on Dogma, says "We believe you need Plants in your Diet", and our Rulers in Government, still based on economics say "Here Is your Daily Recommended Allowance".

I am a Meat eater, and High Fat diet guy, it is natural as a species, and was what our ancestors, the Paleolithic Man, eat. They were not able to run to the Health Food Store, a buy Enzymes back then, yet survived quite well.  The fact is, they were on average 6" taller than we are today, had better bone density, less tooth loss, and lived into their 80's and 90's.

I am not just throwing these figures out there either, this is based on RNA and DNA Research done in the past 10  years from the Paleolithic bones, PS, there were no Virgins in the Paleolithic Crowd either.​  So it is quite simple really, if you can't break down cellulose in the plant structure, you can't get at the Vitamins.  So then, do you actually need them?  I say no, every vitamin your body requires is in the Natural food that our Bodies can process, without the aid of Man-Made Enzymes.

If we consume Carbohydrates, our body most raise Insulin levels to clear the Blood of Glucose, and when insulin levels reach 32 uU/mL, all Fat Burning STOPS.  This never happens if we eat only a Fat based Diet, we feel Less hunger longer, and have more energy throughout the day.

A Vitamin regiment from A to Zinc is a Myth, it is build on a failed model of bad dieting over centuries, and continues to this day.  Vitamins are a phydo fix, for a problem that should have never existed, and the Medical establishment refuses to step back and look at the bigger picture.

“Vitamins are like the bodies additives, designed to boost performance, and because our Doctors are like an uninformed mechanic, we do as they say and take them, instead of putting in the proper fuels all along, it's that simple.”

Here is how I look at it, and you may find this analogy fitting as well.  If your vehicle requires High Octane for optimal performance, and you continue to put E85, a low octane fuel in the tank, the vehicle will run poorly, right?  If you ask your mechanic why it runs bad, and you can't even pull out into traffic without pinging, the mechanic will say to put an Octane Busting additive in your tank each time you fill-up.

A good mechanic should know better, but if he or she has never learned the importance of fuel, and what fuel your vehicle requires, then how could the mechanic ever know? 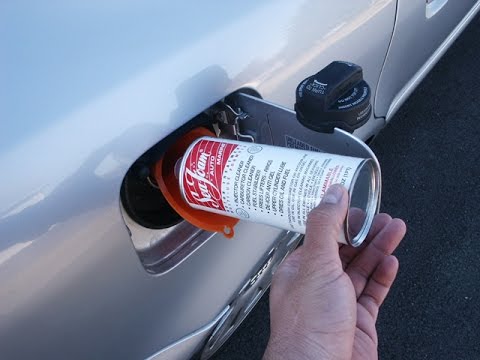