Carb Based Diets, What your Doctor will never tell you. 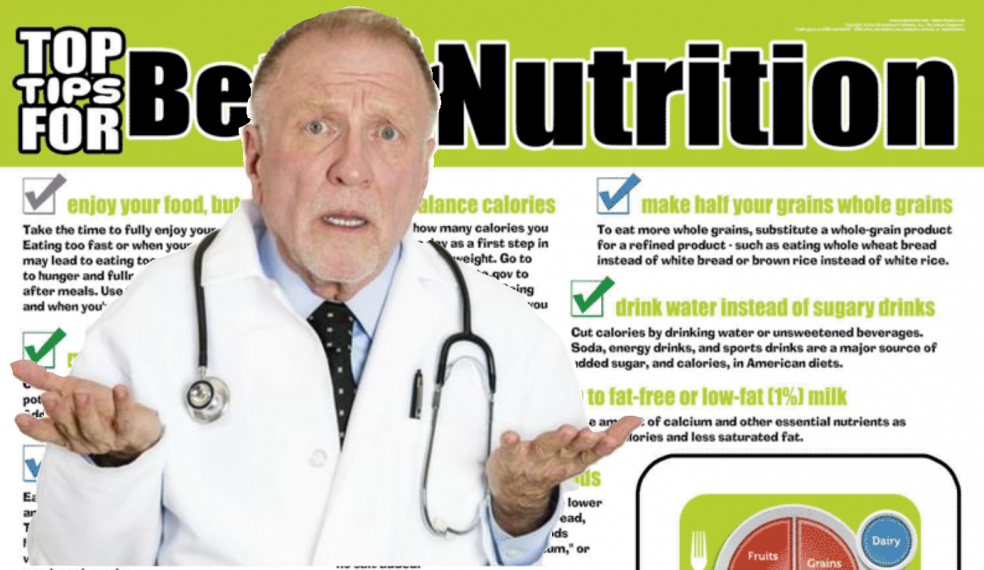 Carb Based Diets are Deadly, but we can't blame Doctors altogether, what they know about Nutrition would fit in a neat 3-4 page pamphlet.  So who is to Blame?  Everyone, You, Me, the Medical Establishment, The Media, Big Government, Big Pharma, Big Agra, and even Big Google, yes it's all our faults.

It is sad with so much readily available knowledge around us, that that in itself, becomes the problem, let me explain.

So when can Too Much Information, and Not Enough Information, come together all in one space?  There are literally thousands upon thousands of Peer Reviewed Scientific Studies, Journals, and Papers out there on just Diet, or Carbs, or Vitamins, Carb Based Diets, or Fat, yet each one has a specific purpose, and reason for it's existence.  We are drowning in information, with no Lifeguard in sight.

The myth that carbs are the primary fuel of the body is just one over studied and misleading piece of the TMI Factor.  It is true that Sugar, or Blood Glucose is burned as fuel if there is no alternative​ fuel, but fat has been the most prevalent fuel throughout history.  So when Doctor and Heart Surgeon Dr. Lundell tries to bring some clarity to the masses, he gets some of it right, and other parts wrong.

James Burke explains this in "The Day The Universe Changed", and is a philosophical idea that the universe essentially only exists as one perceives it through what one knows; therefore, if one changes one's perception of the universe with new knowledge, one has essentially changed the universe itself.

"When we consume simple carbohydrates such as sugar, blood sugar rises rapidly. In response, your pancreas secretes insulin whose primary purpose is to drive sugar into each cell where it is stored for energy.

Insulin's primary Purpose is not to Drive sugar into the cell to be stored as energy, but to be used as energy as it occurs.

If the cell is full and does not need glucose, it is rejected to avoid extra sugar gumming up the works. When your full cells reject the extra glucose, blood sugar rises producing more insulin and the glucose is then converted to stored fat.

What does all this have to do with inflammation? Blood sugar is controlled in a very narrow range. Extra sugar molecules attach to a variety of proteins that in turn injure the blood vessel wall.

This process is called Glycated Proteins.

This repeated injury to the blood vessel wall sets off inflammation. When you spike your blood sugar level several times a day, every day, it is exactly like taking sandpaper to the inside of your delicate blood vessels.

The above Article is a great read and is extremely informative, as it pertains to a Low Carb Based Diets.  But inflammation is not the only problem we have and he leaves a lot on the table.

The Meat and Potatoes of Food

Malonyl COa  and CPT1 are the 2 systems or determining factors to weight loss or the chronic health issues we face today. As our body processes the food we eat for fuel, one of two things happen, and that process will determine whether we gain weight, or get lean, and healthy.

When we consume  Carb Based Diets, Malonyl COa interrupts CTP1, and because Malonyl COa is a committed step it is not reversed for 4 hours.  During those hours all fat is stored, as opposed to burned, and the glucose is absorbed into the cells to be used as fuel.   But when we eat a High Fat diet, CTP1, an enzyme from the liver will allow fat to be carried to the cell through the mitochondria and used as fuel.

High levels of glucose are what triggers the pancreas to make insulin as discussed in Dr. Dwight Lundell's article, and also causes the substance Malonyl COa to shut down CPT1.  Because Carbs are so low in calories and have such high levels of glucose, blood sugar, it requires insulin to get that glucose into the cell membrane.  So in effect, you receive very little energy from the food you have eaten, and have now FORCED your body's biochemistry to add another layer of fat.

You are left with cravings and when the muscle tissue asks for more fuel, you will obey, causing you to overeat, and giving up on your daily calorie count.​

​Why you may ask?  Because these two pathways are all you really need to know and understand, you can burn Sugar, or Fat.  Every sense we as humans have went on the modern diet, 50-60 years, we have gotten Fatter, have a greater risk of heart disease, and diabetes is now at epidemic proportions.

But we have been an agricultural society for over 10 thousands years, so this goes back a long time, but it wasn't until recently that we have had such a variety of choices, and information.​  Farms and Pharmaceuticals companies are larger, and with the advent of Big Media, supply Chains that reach around the World, we now suffer from not only Information Overload, but a plethora of diseases unknown to mankind before.