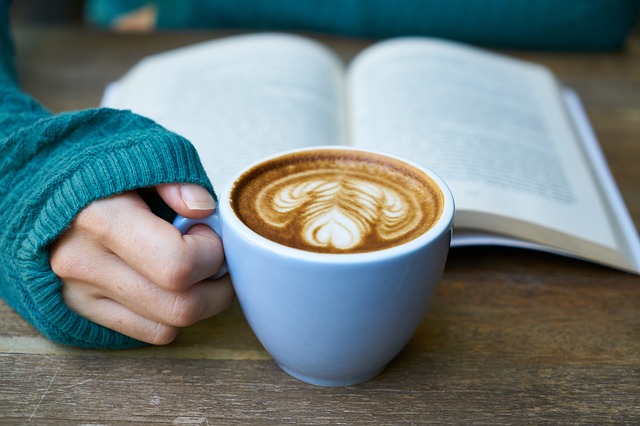 To Maximize Your Nutritional Study Habits, the first step is to determine your desired results.  So let me start by saying that no matter what it is in life that you want to do, or learn, there is a Right Way, and a Wrong Way.

If you will be building something for your House let's say, a Table, you should have a idea of it's shape and size, it's overall dimensions.   So for examples sake, we have seen DIY tables, some turned out Awesome, and some, Not so awesome

This is our starting point, we, want a Round, Bistro Height, and Level table so now we know exactly what we do not want,   we don't want Square, Short, Uneven, or Wobbly table.

A great sculpture once said, " I didn't carve a great statue, I just removed everything that did not look like the person I was sculpting".  Now let's see how we can apply this simple DIY process to Maximize Your Nutritional Study Habits, as it pertains to Learning.

What I Do NOT Want To Learn!

I for one have Zero interest in learning about Junk Science, based on poorly done research, from some skewed interpretation from anyone.  It makes no difference if this information comes from the Science Community, the Medical Establishment or the Media, it will always be a waste of my time.

So how do we know that all these things we read are bad information, we are not Scientist, or Doctors? That is a very good question, and because we have just started our "Info Quest" we will get to that in a bit.  But for now we can look at all of the failed diets, and misdirection coming from all we see on TV, YouTube, and Blogs.

There are countless questions you could ask, and get the same No as well.

So, I think you can see by this questions that we know what does not work. So ask yourself, do I want Diabetes, or to become over weight, then why start with those tired and worn-out concepts?

To gain knowledge we have to remove concepts that don't work, and never have. this removal process will help in all studies, regardless of topic.

Getting A Historical Perspective​

If we could set down in a Time Machine, and go back in time 200 Years, would the "Early Bird" still get the worm, would the Rabbit still set in the shade of the meadow and nibble on grass, would the Big Cats still hunt their prey, and would the Wolf still hunt in packs?

If Yes, It is reasonable to believe that the Human Animal should still eat the same foods today as we, ate 200 or a Million years ago.

As recent as 1946, at the Centennial Exposition in Philadelphia, which included a 40-acre display of tropical plants including Bananas. It is said that bananas are so awesome because of their contents, Potassium: 9% of the RDI. Vitamin B6: 33% of the RDI...and blah, blah, blah.

Lettuce was first cultivated by the ancient Egyptians who turned it from a weed whose seeds were used to produce oil, into a food plant grown for its succulent leaves and oil-rich seeds. Depending on the variety, lettuce is an excellent source of vitamin K 20% RDI, or higher, and vitamin A 97% RDI, plus 21% pro-vitamin...and blah, blah, blah.

The fact that if you Google "Healthy Foods", most of what appears in the Images will be a lot of Fruits and Vegetables, that did not exist 100 years to 5000 years ago. Of those Fruits that existed back in the Paleolithic Age, the varieties were far less then we see today, they were seasonal, and consumed by birds, critters and bugs before man got to them.

So it is apparent that if we spend time learning about what Nutritionists say about Healthy eating, due to all the vitamins and minerals, we will be heading in a wrong direction.  Not because they are foolish, but because of the simple fact that the human animal has survived long before these items ever became popular or even known to humans.

A Journey Of A Thousand Miles Starts With The First Step​...in the right direction.

So now we know what our Table should not look like, we know what the experts have said does not work, and we have concluded that their Designs and Ideas have no Historical merits.

For the sake of this post, we'll stick with the Table oenology, we want it to be Solid, and a good sturdy foundation.  So let's build it from what we know to be solid, Biochemistry, and Physiology!!!  You're thinking, that sounds VERY complicated, and I will not Lie, it can be, if you listen to all the noise out there.

We now know what we don't want it to look like, and therefore we have filtered out all the noise that does not work, and is factually inaccurate. As we start to Research information, and watch videos on Nutrition, we now have a Baseline to compare what we learned, to what we Do Not Want.  This has shortened our Info-Quest by a hefty factor, and though Biochemistry is complex, we are not going for a Masters Degree.

What we are looking for is exactly how the food we eat, is processed, in our bodies, and that is just one of the thousands of thing that go on in our bodies continually.

While watching Videos, Reading Books, and Articles, you will continue to compare the newly acquired information against your list of Do Wants, and Do Not Wants.  If you read an article on Carb-Loading Pre Workout, does it work with your Design?  Carb-Loading is Built on the Paradigm that only Glucose make muscles work, and Gives you Energy.

Fact 1: Mountain Men.  Like Lewis and Clark's men, each eat 6 to 8 Pounds of meat daily, their Packs weighed an average of 100 Lbs, they carried canoes miles around waterfalls, and those canoes were not the Ultralight REI's new ones.

Fact 2: Dr. Stefansson, he documented the fact that the Inuit diet consisted of about 90% meat and fish; Inuit would often go 6 to 9 months a year eating nothing but meat and fish

Some years after his first experience with the Eskimos, Dr. Stefansson returned to the Arctic with a colleague, Dr. Karsten Anderson, to carry out research for the American Museum of Natural History. They were supplied with every necessity including a year's supply of 'civilised' food. This they declined, electing instead to live off the land. In the end, the one-year project stretched to four years, during which time the two men ate only the meat they could kill and the fish they could catch in the Canadian Arctic. Neither of the two men suffered any adverse after-effects from their four-year experiment.

Fact 3: The Maasai are a pastoralist tribe living in Kenya and Northern Tanzania. Traditionally, the Maasai diet consisted of raw meat, raw milk, and raw blood from cattle. Note that the Maasai cattle are of the Zebu variety. In the summer of 1935 Dr. Weston A. Price visited the Maasai and reported that according to Dr. Anderson from the local government hospital in Kenya most tribes were disease-free..  Two thirds of their calories come from fat, and they consume 600 - 2000 mg of cholesterol a day.

Learning for me has always been Kinda Fun, in a Sick way, I will watch an hour long video, and Filter out all that is Science Fact, based on what I have previously learned, and consider the rest as just Filler.  As I learn more and more this process becomes much easier to filter, based on the known facts gathered over time.

If you are asking, How do we determine Known Facts?​  Then you get a Gold Star, we know this by testing them.  Here is how I know that Fiber is NOT required, and causes Inflammation in the joints. and IBS, because I suffered from Chronic Joint Pain, and had Irritable Bowel Syndrome since the age of 17.

One of my Go-To Biochemist, and Nutritionist, Dr. Gregory Ellis, he has tons of great videos on YouTube, I Recommend watching as many as you can, finding a starting point.

While watching one of his videos, he mentioned Fiber, and that he hasn't eaten Fiber for years, and is just fine.  He went on to say that Fiber must Ferment in the Gut, due to it being Cellulose based, and that we don't have the Enzyme to break it down.  This fermentation process causes bloating and inflammation.

Well, I thought, I should give this a try, after all it is not illegal, and the Fiber Police won't arrest me, so why not.  In the first week I noticed my joints no longer hurt, I also noticed in time that I no longer suffered from IBS.

That was 4 years ago, I still don't eat Fiber, and all those things "They" the Experts said would happen if we don't eat Fiber everyday, Never Happened. So that is now, for me, Science Fact,  and with that fact, I now can understand why the Glycemic Index is based on Garbage as well, it is the Fiber that is what they say slows the Insulin Spikes.

Yet Science has proven that you will still get a Spike in Insulin, it will just be 30, or more mins later, so It doesn't work, and I get that, because I know that we don't need fiber in our diet, and it is unnatural to eat anything Cellulose Based.

It is these simple, and small Science Facts that will make their giant House of Cards, built on Myths, Medical Folklore and Agendas, fall down, and help you Maximize your studies.