Net Carbs are a Scam 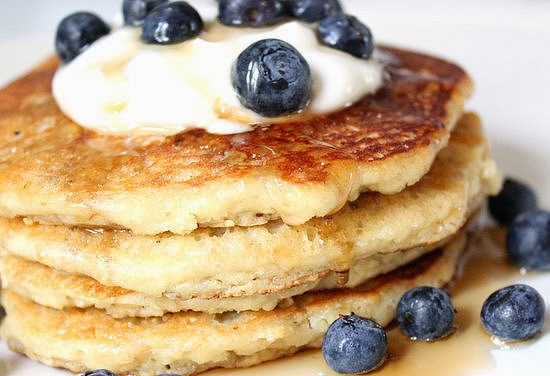 Net-Carbs and the Glycemic Index Are Rubbish

OMG, OMG Net-Carbs is rubbish, you just crushed my LCHF Weight Loss Dreams, I Hate You!!!

So Sorry, but maybe after you finish this article you may have a change of heart, and even thank me, but I won't hold my breath.

First let me say that in my opinion the Low-Carb High-Fat diet is among the best diets around as far as weight loss, and health and wellness goes.

It is not as much of a diet as a way of life, and eating.  The LCHF diet takes us back to a time when Humans ate what was available and survived for millions of years before we became agricultural based and moved into the supermarket diets of today.

But...with thousands of years of mankind trying to fix every whiny sniveling complaint, it too has become bastardized into just another "FAD Diet", full of junk science designed to make everyone happy.

It seems that we as humans can't, or won't, Kick the Carbs to the curb, I guess they taste so good that we have to find away around the health risks. To a cat, antifreeze taste so good that they will lap it up until they die from poisoning, sucks to be a cat, because they can't read, but we can.

This Article is my response to hundreds of Quora questions, and even more Facebook sighting of posts in the LCHF, Paleo, and Keto Groups, that have this obsession with all thing carbs, but with fewer Net-Carbs.

Pancakes, Tortillas, Breads, Desserts, and Books and Post claiming "  A Million Recipes for Paleo", "LCHF Cookbooks for the Pizza Lover in you", and on and on, all based on Net Carbs.

This is like Near-Beer to me, either quit, or don't, but you must decide and not cheat just because some BS Theory on Net-Carbs.  So let's take a closer look at the real problem with Real Carbs first.

The Main reason why the LCHF Diet is so successful, is due to the low carbohydrate intake and a no sugar approach to eating.  But there are 2 reasons why it fails from time to time.

The First is due to the fact that many people forget the second half of the diet, and avoid the High-Fat part.  There is so much garbage science out there that says that saturated fats kill, that many will opt for high protein from lean cuts of meat, grass fed or skinless chicken instead, or count on nuts and oils, in an attempt to micromanage their fat/protein ratio.

This approach is self defeating because 66% of all protein will be converted into carbohydrate in the body, putting everyone that does this back into a High-Carb mess.

But the most important reason why this diet fails is when we forget the main reason to avoid carbs in the first place, to lose weight!  As dieters, people of all stripes, become consumed with trivial things like numbers, math, factiods, and cheats, how can I? what if I? is this better than? I miss my (fill in the blank).

It is not enough to cut carbs to lose weight, we must get into Fat Burning stage, ketosis, and out of Fat Storage, and this is done when we keep our carbs Low Enough to maintain low insulin levels.

This is the main reason why the LCHF Diet works, it is not because we eat less, or because we count calories so well, but because our bodies Burn Fat as we lower our insulin levels by cutting out the carbs.

Unfortunately for those in the failure column, as they cut the carbs, they forgot to add back in the fat, why? because they bought into all the myths about Saturated Fats.

Our biochemistry has only two choices, when it comes to getting energy, burn Glucose (blood sugar) or burn Glucagon (fat), and it can only do one of them at a time.  This process once turned on will stay in that mode for 4 hours, and tends to overlap the time between breakfast and lunch, or lunch and dinner.

It is not enough to just keep the total grams of carbs below a certain threshold for the day, but for each feeding, otherwise you will stay in fat storage throughout the whole day.

Not to get all Sciencey and shit, but, we need to dabble a bit into the science of this.  What happens when we eat food?

Food is processed into energy through our sweet, and complex Biochemical Treatment Plant that is our body. The foods actually stimulate their own disposal, and the fuel themselves are the primary determining factor of their own disposal, this is called humoral.

The very foods we eat regulates the enzymes, controls the concentration, they affect other chemicals that then adjust the enzyme's rate of activity, and rate of gene expression.  The expression is responsible for manufacturing the enzymes.

Food leads to a release of hormones that are specific to the food eaten. It’s both the amount and the ratio of these hormones that dictate responses at the cellular level.

Next, the enzymes control the flow within the cells and the tissues.  In the transition the liver switches from an origin that either uses carbohydrates as fuel and manufactures fat, or uses fat as fuel and produces ketone bodies. These enzymatic changes are caused by hormones, particularly the two pancreatic hormones, insulin and glucagon.

Ouch! Sorry​, but I thought it best to just rip the Band-aid off, and get it over quickly, and that was the simple version.

What this all means is that the food we eat is what controls all the fat gain or loss, not what is on the Product label.  This image is what all that means, and how the liver flips that switch, from fat-burn to fat-storage. Click image to enlarge >>> 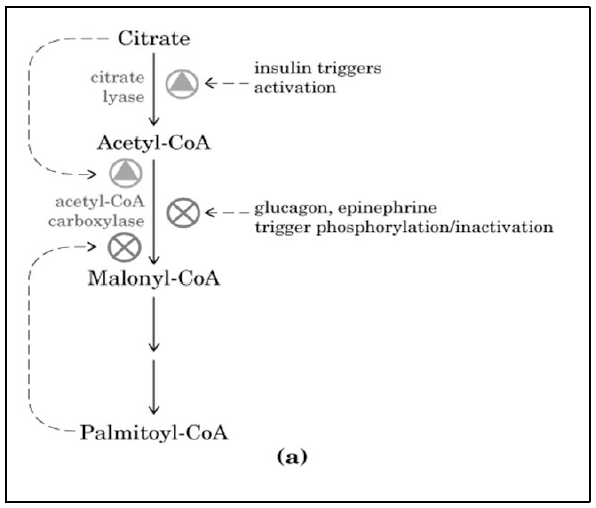 With this brief and basic understanding of what goes on in our bodies when we eat, I can now explain why the Net-Carbs Myth is such a hoax, and what we need to avoid dietary disasters in the future.

Even the researcher that tested the glycemic index were shocked when the results came in, yet the lie continues.  In a recent study, obese diabetics were fed two diets one was a high Glycemic Index and the other diet, low Glycemic Index foods.  They differed in their Glycemic Index by 50%.

There was no significant statistical difference however in the insulin levels of the two groups during the five hours that they were measured.  Wow, OMG!!!

So much for a low Glycemic Index foods to prevent a high rise in insulin, remember, high insulin (above 32 uU/mL) equals fat storage. not fat burn.

The Main reason that most people go on the LCHF diet is to achieve weight loss, and what had me confused when I started writing this very Article was the Net-Carb aspect of the Low Carb part of the diet.

It is true that fiber is indigestible, but it ferments in the lower intestine, taking more time, but you will still have the glucose in the blood and your insulin will still rise above 32 uU/mL.

Therefore, DO NOT subtracted the fiber from the total carbs, what's the purpose in doing that when fiber will still allow glucose levels to rise to a level that stops all fat burning?

This paragraph from the Book, The Glycation Facter -Greg Ellis, sums up the BS Science of the Glycemic Index perfectly.  "One could easily construct a daily diet, based on a variety of sugar-containing foods, such as jellybeans, chocolates, and other sugar-laden foods, while maintaining, at the same time, a low Glycemic Index food intake".

I know that giving up our Favorite, "Must Have" treats is awful, and such a sacrifice, but to lose weight and keep it off, to truly gain control of our weight, it must be done.

There are NO Cheats, no cheat days or replacements for a bad habit, glycogen cycling will NOT jump start ketosis, and baking with coconut flour is just another spin on Net-Carbs.

Every few days, lower your carb intake from 60%  to 55% and keep doing that until you are at 20% carbs, or under 75 grams per/day, then stay there and enjoy your new life.

Each day increase your fat intake, real fat, heavy whipping cream in you coffee, real butter, cheese, cream cheese, bacon, high fat content hamburger, you get it, all the yummy stuff we have been told is bad for us.

This is not a NO carb diet, use your allotted carbs in the foods you love, I personally use sugar in my coffee, and once in awhile I have a bun on my high fat content burger.

I try to never eat more than 20 grams of carbs in one meal, that way my insulin never goes to high, so try that, it works for me anyway.

"The one truth I know as fact is this, whining and sniveling, about all the foods missed by going on a LCHF Diet, never helped anyone lose a single pound of fat".-Mark Boyle